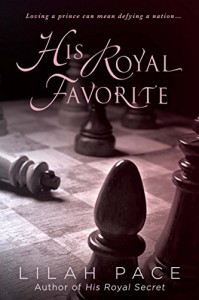 After feeling rather underwhelmed with the first book, His Royal Secret, I thought this follow-up was an improvement. I definitely liked it better.

First, I thought that it was more focused on situation on hand, namely the repercussion of James coming out as gay man as well as Ben stepping up and revealing himself as the Prince's partner. I could felt the struggle from Ben, having to deal with the lost of his privacy, including when the paps digging the pictures of his parents' crime scene photo (they were involved in car crash). I also felt the sex scenes didn't disturb the flow like it did in the first book.

I could feel Ben's blues and his continued conflict of whether his love was enough to make him stay beside James forever or would he preferred the freedom better and walked out from everything. I thought Pace wrote this part in a compelling manner. It felt real and believable.

And how amusing it was that Ben became the favorite of the Queen? *laugh*

I loved the development with Indigo. It was a serious case and I was glad that they finally took that step to help her.

Unfortunately, the story still felt dragging and repetitive at some parts. This one was longer than the first book, and at times I was itching to skim things.

All in all, it was a nice duology. Not the best I read but still good to read, especially involving the Royal Family. Because Love is Love after all :)