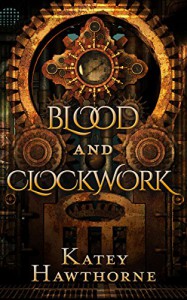 I am not going to rate this because I genuinely thought that the issues I had were my own.

I am not a visual reader. I mean, I know other people can imagine characters in the books, like they have mental image on which actors/actresses to play the characters for example. Well, I can't. I read descriptions of characters and I can't really imagine how they look.

Same thing with settings, really. If I don't have good frame of reference in my brain, then I can't visualize them. Which might explain why I usually avoid high fantasy and stick to contemporary or urban fantasy because hey, I know what a city or car or phone or TV looks like :p

And that's the problem I had when I read this. I couldn't imagine the setting, the clockwork tower, what Alistair and Marco were doing, and such. So the whole time I was reading this, I felt lost. I liked their conversations enough to keep me going. But that was it.