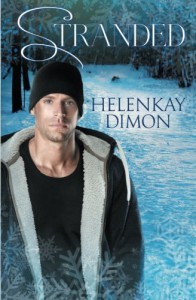 This started intriguing enough for me -- I always have soft spot for couples with history between them, so when Cabe came face-to-face with the man who put a bullet into him and left him for dead after a year, the man whom Cabe had relationship with as well, I was excited! Think about the betrayal! The hurt! The possible angst!! Oh yes, I was totally into it ...

... but then the whole thing fell apart because the plot killed the emotions. The whole reasons why Brax did what he did, the conspiracy behind it, a later development of someone else sent to the cabin, ALL THOSE SECRETS. Gah! I got bored very fast. Because then their conversations went round and round and round in regards to the 'conspiracy' (which made my head hurts too, by the way), and of course the sex in between.

To me, after than 20% (which the first sex came in as well), the story became like this: "Tell me the truth", "I did it to protect you", "You lie to me", blah blah blah, sex, sex, "You lie to me", "I did it for you", blah blah blah, sex, sex ... rinse and repeat. I guess there's also a reason why I don't like stories about spies or assassins... too many bend over the truth. Give me homicide detectives any day.

I need to note that this is the author's first work in MM. She already has several MF titles in her career. I even have of her titles that is waiting for me to be read. I don't know if this is 'first time jitters' because it features two men (who, what, have difficulties to communicate?), I can't really judge before I read her MF ones. But bottom line, Stranded has strong start but weak and boring execution for the rest of the novella.